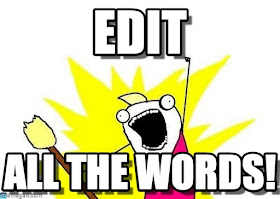 WORD WATCHERS ~ CUT THE FAT NOW
The experience of editing over fifty books and repeatedly slashing red ink across the same words and phrases, has made me hyper aware of the same issues in my own writing. I now mercilessly try to eliminate all of the same fat in my manuscripts I’ve scalpeled from others.

To write leaner more impactful prose, you must not only be willing to eliminate flabby sentences and fat words, you need to be able to recognize them. To help with this process there should be a self-help program for writers to join—Word Watchers: Lose 10% Of Your Manuscript In 10 Days...
Members of the writers’ group I mentor know I am on a quest to eliminate the word that from the English language. As an editor, I’ve found the dreaded word to be riddled unnecessarily through almost every manuscript I review. My rule is, if you can remove that from a sentence and the sentence still makes sense, run the word out of town on a log.
Compare the following:
•She needed to tell him that the car wouldn’t start.
•She needed to tell him the car wouldn’t start.
•I was glad that she was doing better.
•I was glad she was doing better.
In both examples, the sentence becomes stronger by removing the weak link of the word, that.
Use a word search to see how many times that appears in your manuscript. You’ll be shocked. It’s especially overwhelming when you realize 95% of thats could be excised. Removing this scourge will strengthen your sentences without changing the integrity of your prose.
Of is another overused word I can guarantee is cluttering up your manuscript like a bad case of acne.
Compare the following:
•He examined the damaged paw of the dog
•He examined the dog’s injured paw.
You decide which sentence is stronger, leaner, expressed more concisely. Now think about how many sentences in your manuscript are being blemished by the of virus. 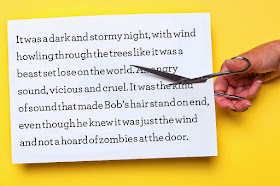 FAT WORDS
That and of are hardly the only fat words making unwelcome guest appearances in your prose. A strategic search and destroy mission needs to be implemented to eliminate other insidious manuscript invaders.
So
That
Just
Very
Like
Still
Somehow
Eventually
Suddenly
Finally
A little
The fact
Once
Beginning
Both
Any
Seemed
Began
Almost
FAT CLICHÉS
Even when you’ve ruthlessly cut all the fat words from your manuscript, you’re still not done. Your writing will be stronger and more vibrant if you create fresh ways to replace lazy cliché phrases. I was once admonished by a script editor for the many clichés I habitually used—often repeatedly. I was duly embarrassed by all the red ink highlighting the clichés in my script. These were not only cliché phrases—avoid like the plague, you can’t please everyone, the grass is always greener, what doesn’t kill you makes you stronger, don’t judge a book by its cover, Firing on all cylinders—but other less obvious clichés:
The point being
At this point
If the time ever came
As if she were
As a result
Well and good
Light of day
Both of which
Put an end
*For an exhaustive list of clichés click here 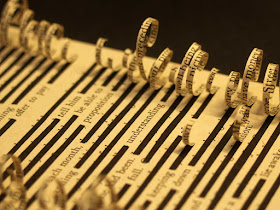 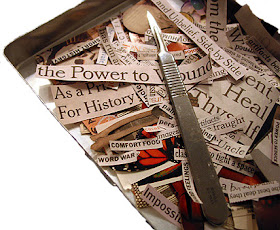 Your comment will be reviewed by the administrator before being posted...